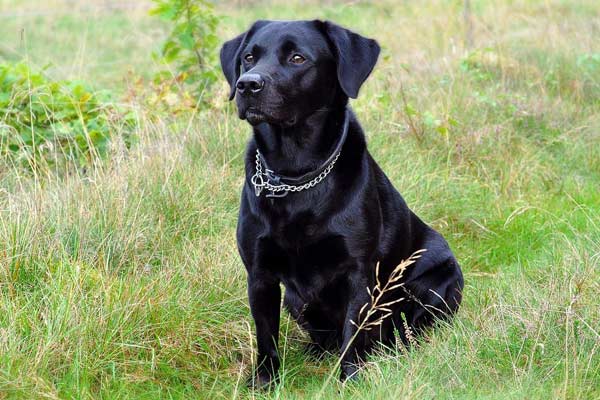 Over the last few years, the popularity of Silver Labs has grown, although not without any controversy.

Silver Labradors are unique and have a beautiful coat color, raising debate about whether it’s purebred or a Lab mix.

This debate is raising its popularity and presence, and a few theories explain how the breed got its coat, which is nothing but a shimmery silver twist. Read on to learn more about its origin, history, and temperament, among other features.

The popularity of the Labrador Retriever can be traced back to the 19th Century in Canada, Newfoundland.

Traditionally, the Lab worked on the water, collecting fish and ducks, among other water creatures; hence was considered a hunting dog. Today, the Lab is still the fisherman’s favorite hunting canine colleague.

The Lab’s ancestors were referred to as St. John’s Dog and had an exact appearance, although it was black.

When the English nobles visited, they carried St.John to Britain and named him the Labrador Retriever, and the breed has since become a family favorite.

Based on Community opinion, the Labrador is split into two, with some suggesting it’s a mixed breed of Weimaraner and the Labrador. In contrast, some people stick to the fact that it is a purebred Labrador.

This debate began with an advertisement by Kellogg’s Kennel about ‘rare grey Labradors’ on sale in 1950.

This brought about curiosity among breeders and Lab enthusiasts who wanted to know where the silver color could have come from.

Moreover, other Lab variations like the red fox Lab have also raised concern about their originality and have been included in this debate.

It is not clear how common the Silver Labrador but the controversy is contributing to the breed’s popularity.

The Breed at a Glance

What was once considered uncommon, like White Labs, Silver Labs, and Fox Red Labs, are becoming more popular and threatening to take over the canine world.

Labradors have managed to maintain the top position in the dog breed chat for over 30 years, with colors that were once rare being able to be seen more frequently in the modern day.

Popularity: It is considered the most common breed in the United States. For instance, the Silver Labrador has a diluted ‘’d’’ gene, contributing to its silver coat.

The silver Labrador breed is bubbly, lively, and friendly hence the perfect choice for active homes. Some of the crucial information about this special breed include:

Silver Labs are dilute versions of a standard Labrador and look like any typical Labrador except for their unique coat color.

Dilute refers to a specific gene that contributes to an animal’s fur color appearing watered down or having a lighter complexion. A dilute canine may also appear to have the nose or eye color variations.

However, some Silver Labs can appear to have longer ears compared to those of a regular Labrador and tend to have a houndy appearance, but this does not necessarily mean they are from another different breed. Some f the characteristics include:

The silver color of the silver Lab can be gunmetal or metal, and they tend to have grey nails, grey padded feet, and grey noses. They are well-built and medium in size; they have a short thick tail, a large coat, and a thick coat.

They may have blue eyes for the first 6-8 months, which turn to pale yellow eyes as they grow older. The male Silver Lab can achieve a height of 24.5 inches, with the female one estimated to reach 23.5 inches in their grown stages.

However, the weight of the Silver Lab depends on whether it is an English or American Labrador.

The American ones are bred to adapt to hunting and retrieving, while the English Silver Labs are primarily for show.

They have a life expectancy of 10-15 years and can have health-threatening conditions like other Labs.

Aside from being known for their robust immune system, Labradors are likely to suffer from hip and elbow dysplasia.

Elbow dysplasia results from abdominal development and can cause pain, altered gait, lameness, and discomfort.

This can be managed by therapy or medication depending on the severity, with surgery often a better option.

On the other hand, Labradors can also suffer from patella luxation when the Lab’s kneecaps are misplaced in a different location, making extending difficult. This can be successfully treated through surgery.

A puppy should have up to four meals a day which can be reduced when they become adults and achieve their full potential.

Known to be prone to obesity, ensure you do not feed your Lab more than what is required and do not forget to read the instructions on the dog food packet before providing.

It is always recommended to consult your vet if you are unsure of your puppy’s diet.

Coat Color and the Dilute Gene

The American Kennel Club recognizes the Labrador to have three different colors:

How the Dilute Genes Works

A set of genes determines the coat color of a Labrador. However, the silver color is determined by gene ‘D,’ whose role is to act like a type of switch.

These genes are released in colors, with big D releasing color in its full strength while the small ‘d dilute the released color to produce a silver outcome. The gene combinations are as:

To have a dilute fur, the Labrador must have two copies of the dilute gene as the bid D tends to override the little d, and a third combination only produces a Silver fur.

The little d has no effect unless paired with another bit of d and some canine breeds like the Weimaraners have two little d’s.

Where do Silver Labradors Originate From?

The early kennels to produce the silver fur coat were the Culo Silver Labs, and there are many options to explain how the dilute gene got into the Labradors.

Genes are mixed through mixed breeding, spontaneous mutation, and hidden genes. At some point, a crossbreed might have occurred between a dog with the dilute gene, such as a Weimaraner and a purebred Labrador.

The temperament of the Silver Lab is like that of any other Labrador, and you can bet on them to be playful, loving family interactions and bubbly dogs with silly antics.

They are not particularly vocal, but they bark when bored or have something bothering them. The silver Lab hates getting bored, and they may get busy by chewing on something to attract attention.

As they are full of energy and generally love everyone, they are not picky about who they would prefer to spend their time with but be sure to give them a source of entertainment every time you leave them alone to avoid boredom.

When it comes to training, setting some time aside is ideal as they can be bitey when they are puppies and turn into bouncy canines as they approach their teenage stages.

To make the training easy, ensure you set some time aside each day and be consistent while advancing the process until your Lab gets used to it.

Compared to other breeds, Labs have a higher chance of contracting cancer, and their lifespan lies between 11 and 12 years.

However, they are well constructed and a reasonably healthy breed free from some common disabilities and plagues that may affect pubered dogs.

The color dilution gene, which produces the silvery shine on the fur of Labs, is sometimes associated with the coat problems such as hair loss.

This condition is common in breeds such as Weimaraners and Silver Labs because they possess the color dilution gene.

While this condition is not life-threatening or causes a major alarm, it can lead to progressive or massive hair loss in puppies and is not curable.

This progressive hair loss can lead to recurrent infection in the hair follicles of Labs but does not cause any skin problems. In other terms, the health of Silver Labs is not any different from that of other pure Lab breeds.

Silver Labs are genetically diluted, meaning they possess less pigmentation and are more visible to prey animals. They stand out in dense vegetation because their coats have a different texture and some of their pros and cons include:

One of the downsides of owning a Silver Lab is that you may get uncomfortable comments and reactions from people who think your canine friend is not regular or is weird because of their unique color. Some of the cons include:

How to Buy a Silver Lab Puppy

Before purchasing a Silver Lab puppy, ensure you have access to a responsible and experienced breeder for easy work.

It is essential to have a breeder who conducts tests on their Labs and considers them companions, not a piece of breeding equipment. Diligence goes a long way in avoiding harmful breeding habits and puppy ills.

Also, do not purchase silver Lab puppies whose parents have tested positive for elbow and hip dysplasia. Be keen to check the health certificates and pedigree before purchase to avoid future health complications.

While some Lab retriever owners have found silver Labs to be darling, some breeders consider them a disaster. Read on to learn more about this breed, including its price, which has stirred debate among potential buyers.

How much is a Silver Lab?

The price of a Silver Lab puppy may be greater than that of the three recognized colors, and you should expect to pay $1000 upwards. However, people often anticipate paying double or more for something they consider unusual.

Silver Labs are ideally playful and active and make the perfect family dogs. They love company and are sociable. Because Labs are bouncy as puppies, they are not fit to be around toddlers or those fumbling to be on their feet.

How Big do Silver Labs Get?

The standard height for a Silver Labrador in males is 24.5 inches and an inch shorter for the female breeds.

This height can vary depending on the health implications and the training practices, among others. The male silver Labs can have as much as 70lbs in weight and 10 lbs lighter than the females.

Silver Labs are rare depending on the country because of the color variation that results from the gene mutation. Silver Labs can also be rare because the registration of Silver puppies is not permitted in most areas.

Silver Labs can be as intelligent and capable of normal operations as other Labrador colors. They are not recommended for hunting geese and ducks in snowy areas because they easily camouflage against these backgrounds.

Purchasing a Silver Lab could be the right decision if you want an intelligent family pet with hunting abilities.

They also have a natural ability to spot situations and are adaptive and mild-tempered among people.

However, consider investing in chocolate or black Lab if you lie in areas that experience extreme amounts of sunlight, as this does not blend well with Silver Lab due to their complexion.